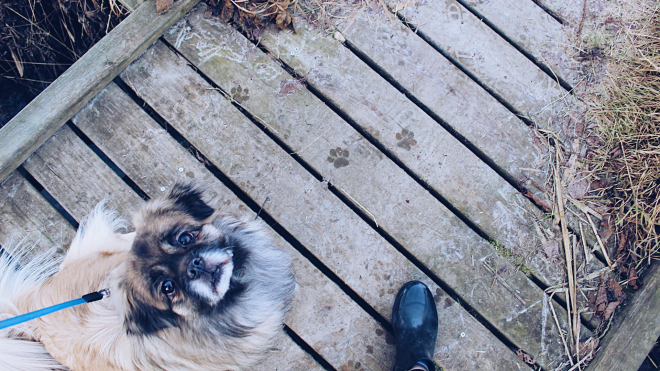 “I think Jesus’ first miracle is a great example of how subtle and powerful obedience can be. Sometimes obedience doesn’t look radically different from the outside. The vessels didn’t change when Jesus worked his miracle at Cana, but the inside of those vessels was completely transformed. So it is when we are obedient to God.”

Our collect (or prayer) for this second Sunday of Epiphany, as we read at the beginning of this service, goes like this: “Almighty God, whose Son our Savior Jesus Christ is the light of the world: Grant that your people, illumined by your Word and Sacraments, may shine with the radiance of Christ’s glory, that he may be known, worshipped, and obeyed to the ends of the earth…. Amen.” Like so many of the collects in our prayer book, these are beautiful words – words inspired by the Holy Spirit and tested and tried through history. At first I was drawn to the image of light – light that shines around us and within us. But then I got very preoccupied by one single word, and I could think of nothing else: obey. In this particular collect, we pray that God would be known, worshipped, and obeyed to the ends of the earth.

As I sat with these words over time, I realized just how uncomfortable I am, as a Christian living in the 21st century, with the word obey. Know God? – sure, I can get on board with that. Worship God? – well of course! But obey? When I think of what it means to obey God, I am suddenly stuck on some ritualistic idea of faith, that puts more emphasis on following the right rules than it does on loving God and my neighbor with my whole heart. In other words,  obey is a word that doesn’t always resonate with my lived experience of faith. Obey is a word that hearkens back to a more simplistic view of Christianity, that I might have had as a child. Obey sets off alarm bells in my head.

This week, I’ve felt called to reconsider the importance of obedience in the ways that we live out our faith. I can’t rely solely on my own preconceived notions of what it means to obey, since I’ve already shared my own bias about the word. Instead, I turn to the wisdom of others. There are two particular sources of wisdom that have guided me to think differently about obedience. The first is Trinity’s own Spiritual Fellowship, the group led by James Thomas that meets in the undercroft of our church every Tuesday; and the second is the Benedictine monastic tradition.

First, I want to share about my experiences with the Spiritual Fellowship. This is a group that I have attended many times, more often before the pandemic, when I was outreach coordinator, than recently. I say that to highlight how the group has stayed active because of the constant leadership of our Outreach Minister James Thomas, who organized the group and leads it still, even in these difficult times. The Spiritual Fellowship is an open group where people in the greater New Haven community are invited to share their stories about personal struggle, and their testimonies of faith. Many of their stories touch on experiences of homelessness, hunger, addiction, mental health, poverty, and racism.

As an insider/outsider to the group, I have felt that my primary role, most often, was to listen – to be challenged and to be blessed. I can’t speak on behalf of the fellowship, or bring their voices into the room at this precise moment, but I can speak to how that experience of sitting in the group week after week impacted me. I began to notice patterns and themes in people’s testimonies that felt different than the pattern of my own faith – patterns that were essential for me to learn about, and integrate into my own life. One of the themes that stood out to me especially was obedience. Obedience. Sometimes people would simply repeat the word as a kind of talisman. It was implied that obedience meant obedience to God. And yet, often obedience was not simply about turning towards God, but also about turning away from something else. Turning away from the idea that we know best, that we can do things on our own. Obedience, in this context, was not so much a strict adherence to rules as it was a reorientation. A Copernican revolution where suddenly we aren’t the center of the universe anymore. God is the center of the universe. And what we do, as followers of Christ, is turn towards God. Turn our hearts towards that bright center of God’s light.

Interestingly, obedience in the context of Benedictine spirituality is very, very similar. St. Benedict was a founder of monastic communities in the fifth and sixth century, in what is modern day Italy. Benedict lived in troubled times, not long after the fall of the Roman Empire. The monastic communities that he founded brought together small groups of people under a common book of precepts, The Rule of St. Benedict. The word “rule” might lead us to misunderstand this book, which is not so much a book of laws as it is a pattern for living. This pattern has inspired followers for centuries upon centuries – both Anglican and Roman Catholic monastics, and laypeople who have found, in the rule, a pattern for whole living. One of those such followers is Esther de Waal, an Anglican laywoman whose book, Seeking God: The Way of St. Benedict, most recently taught me about what obedience looks like in the Benedictine tradition.

There are three central vows in the Benedictine rule: stability, fidelity to the monastic way of life, and obedience. Obedience, in a Benedictine context, does not simply mean subjection to the nearest abbot or ecclesiastical authority. Instead, obedience is conceived as obedience to God. Again, this is not a legalistic kind of obedience, but an obedience based in the heart. If you do the right action, but with the wrong motive, that is not obedience. Esther de Waal puts it this way, “obedience is really about love. It is our loving response to God” (de Waal, 53).

In order to respond to God, first we need to listen – to know what it is that is that God asks of us. It would be nice if the things that God asks could be summarized in a simple list; a series of rules that we had to follow. Alas, that is not how obedience to God works. Often our obedience has less to do with a set of rules or resolutions, and more to do with paying attention to the subtle ways that God is moving in our world. Esther de Waal explains: “now it is our obedience which proves that we have been paying close attention. That word ‘obedience’ is derived from the Latin oboedire, which shares its roots with audire, to hear. So to obey really means to hear and then act upon what we have heard” (de Waal 52).

Now it might be a surprise (or a frustration!) to some of you that we have yet to talk about any of our scripture passages today. And yet the theme of obedience is very much present in our lectionary readings, first and foremost in the story of the Wedding at Cana, where Jesus enacts his first miracle: turning water into wine. It is Jesus’ mother who precipitates this action, observing to Jesus that the wine has run out, and then turning to the servants and telling them, “do whatever he tells you.” Now those are words that again, set off all my alarm bells about obedience! And yet Jesus doesn’t tell them to do anything wildly out of the ordinary. Instead, he tells them to fill the jars of water, and take some to the chief steward… somehow, between these actions, the water in the jars has turned into wine.

I think Jesus’ first miracle is a great example of how subtle and powerful obedience can be. Sometimes obedience doesn’t look radically different from the outside. The vessels didn’t change when Jesus worked his miracle at Cana, but the inside of those vessels was completely transformed. So it is when we are obedient to God. Sometimes the outward changes might be very subtle. We might still be basically decent human beings. But when our hearts and actions are truly aligned with God we will feel a difference – as if all the water inside our bodies has turned into something a bit more potent; something miraculous.

What might obedience look like for you today? What subtle changes of heart might be waiting on those days when the sky is blue, and the air is frigid, and you are searching for some kind of meaning or purpose? What not-so-subtle changes might be calling out to you in this season of global health crisis, climate crisis, and the fracturing of communities and families across lines of political division?

Obedience inevitably involves change – small change and great change. And it begins with listening. It begins with our willingness to fill our jars full and give them in service to God. It begins with obedience. And it ends with nothing less than transformation. Amen.